...best in show: show house tips from the masters, mavens and veterans. 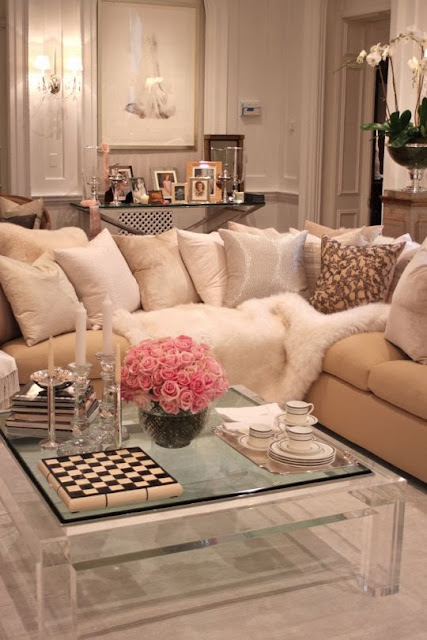 Ever since my first annual visit to Holiday House, it’s been my very favorite fundraising designer show house in or around Manhattan, for two key reasons, the house itself being the first. The venue stays the same year to year, so you really see how pure design transforms the spaces. It’s also a house where several of the rooms have staggering personality even empty, so I race back every year to see how designers have chosen to embrace or upstage the rich details in those very rooms.

Then there’s the holiday aspect, a layer of folly on folly. I’m fascinated with how designers integrate or layer on the theme, without making it look, well, theme-y. After all, it’s Holiday House, not Party City.

So guess what? I’m doing a room. In Holiday House. This year. Pinch me. No, really. Pinch me. We’re talking dream come true time here. But deargod, where to begin?

Pushing panic aside, I decided to go to the experts, both veterans and successful one-timers, to hear how they handled the experience, whether Holiday House or Kips Bay, Legends of La Cienega or Hearst Designer Visions. No surprise, they were as smart and generous with their advice as they typically are in their designs and practices. And lucky me: the topic of Coffinier Ku’s talk at Nobilis at the D&D Building’s Fall Market was all about show houses. (I took notes like I was an over-caffeinated court reporter.)

Even these two seasoned and extremely even-keeled designers, Etienne Coffinier and Ed Ku, acknowledge those early moments of panic, and note that it’s a sign you’re doing things right. Whew.

Generous gentleman and show house magician Matthew Patrick Smyth assuaged my initial fears about feeling ready, in general to tackle this task. Was the timing right? “There's no ‘good time.’ If you are busy it's hard, and if you are not it's scary. You just have to jump in there and go for it," he said. 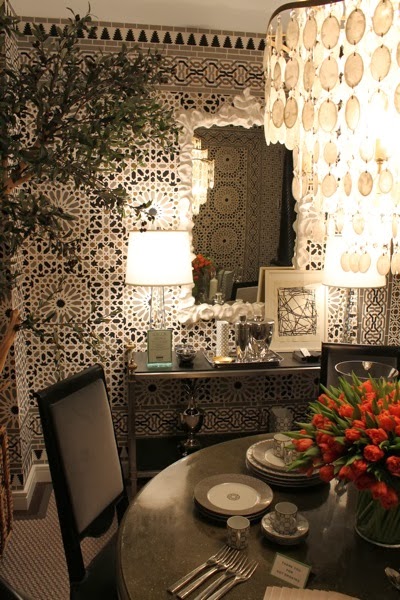 Matthew also reinforced my thinking on the power of nooks and crannies in these often-palatial residences. “Small rooms can steal the show. The creative challenge a designer faces when doing a small space often can be the one that makes the biggest impact on the public.” That was certainly true of his own dining room, the smallest space in his apartment at Hearst's Designer Visions 2012, and the most publicized and oft-talked about solution among all the spaces that year. 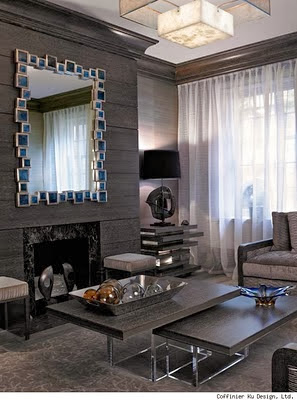 Ed and Etienne advised to waste no time in reaching out to vendors, even if you don’t know what you’re asking for yet. Another sigh of relief... I had already put out feelers to favorites like MT Custom, The Workroom, JAB/Anstoetz, The Alpha Workshops, and artist Jefferson Hayman, to name a few, to get dates and deadlines on their radars... and I’m pleased to announce, it looks like I’ll be working with each of them on my space, a great little cube of a room where, last year, Stephanie Odegard created a two-part Buddhist retreat. 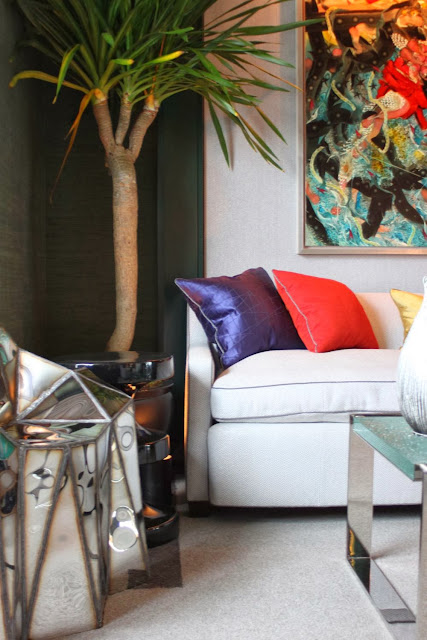 Showman Jamie Drake gives some surprisingly boy-scout practical advice. “Always be prepared to turn on a dime.” Sage, of course, but his personal anecdote reveals just how far you might have to be prepared to turn. “At Kips Bay 2012, I planned the whole room around a wide double entry to the next room, only to find out the designer of that room was told I was sealing the door and arranged her entire room against it.” But turn, he did. “I switched everything around, including reinstalling paneling that just went in and entered my room via a hall. No one was the wiser, but me!” he laughs. 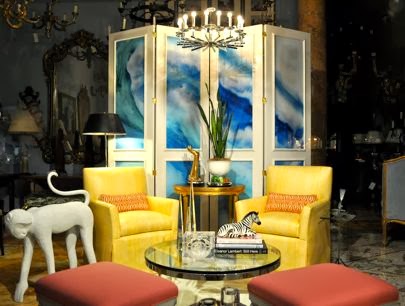 Christian May, who’s displayed his colorful, snappy and buoyant designs at Legends of La Cienega and California Home + Design's "Small Space Big Style," talks about one of the unspoken realities of show house participation: costs that can threaten to turn a designer’s pockets inside out, with no real guarantee of press or client. “First piece of advice: Cut back on spending NOW. Even if you borrow everything or get it donated, whatever figure you think you'll need for labor, etc., will be exceeded by double. triple, even.” 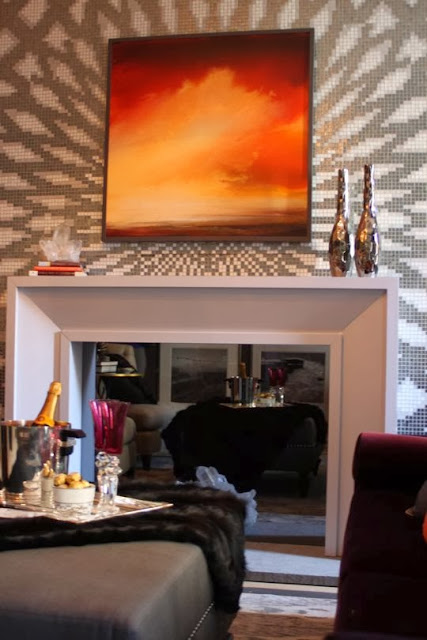 The lovely, talented and gracious Suzanne Eason (who did the world’s chicest take on Halloween at Holiday House 2011, making me an insta-fan for life), makes mention of an important key to success: the major donor or corporate sponsor you might score, letting you focus on design, instead of wandering the D&D Building like a high-end panhandler. “Sell your concept to your most coveted vendor first, then everyone else will fall in line.” 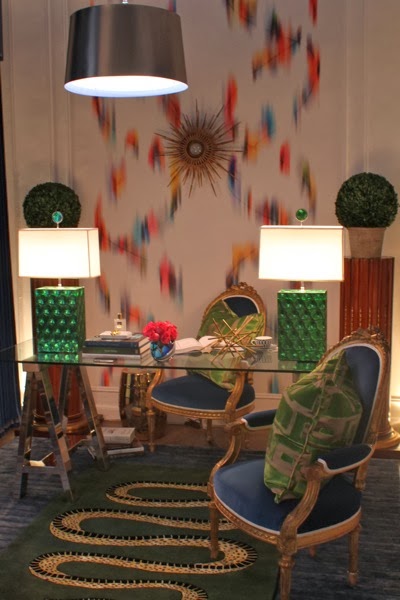 She says, of her "Dark and Stormy: A Cautionary Tale" Halloween room, “Mine was Hermes!” And who wouldn’t want to jump on an Hermes bandwagon, if the blue-eyed blonde had not already bewitched you into handing over anything she requested.

And what about designing without a client? Pro or con?

Says Ed, “Show houses remind us why we love to design,” acknowledging how unfettered the design process can be when no one is there to yay or nay the choices. 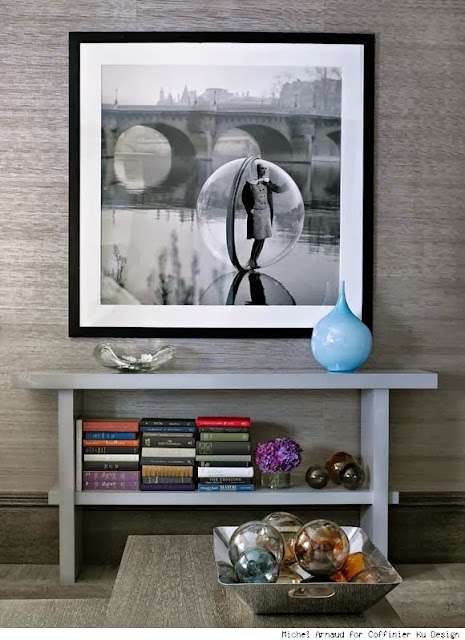 What about that designer practice of inventing a fictional client, to act as touchstone and help with decisions along the way? Ed and Etienne are not fans. Says Ed, “More than a fictional client, we have a concept. An idea, a desire, a concept.” That concept can come from an initial thought in the room, can be as ethereal as “floating," and becomes reinforced all along the way, even down to the pleated and shirred fabrics they selected (generously donated by Nobilis) for their ethereal siting room and bath at Kips Bay 2010. 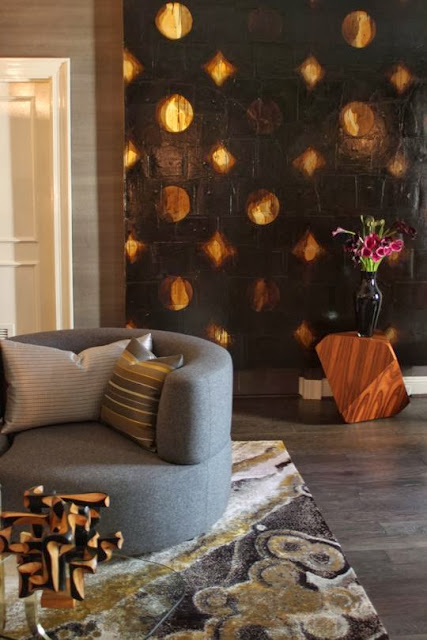 Andreea Avram Rusu, who created a burnished, swank and sexy take on New Year’s Eve for Holiday House 2011 (which launched her custom lighting line, and featured some of my very favorite pieces from Designlush), thinks that these are moments to take some risk, when a client’s cold feet won’t yank your thinking back into the box. “Don’t hold back!  Have fun, design for your dream client, experiment and be bold.”
The lovely past Holiday-Houser and Design-on-a-Dimer Alla Akimova of Archives id accentuates the positive. "Doing a show house room is a delightful experience for any designer. It's a time when you can experiment vividly. My advice would be not to hold back on your imagination and to go after ‘the Dream.’
But it’s not all dreamy. Alla is also quick to give some practical advice. “Know who your neighbors are, and know their schedule. Their big deliveries might not go well with your freshly painted walls.”

Matthew also offered practical advice about the install days. Sometimes, it seems, your vision will come to life if you keep the blinders on. “Ignore what’s going on around you. You can lose your direction if you start to doubt your choices and question the track you are on compared to what else is being done. Don't look around until it's all over.”

But once you do peek, make sure your neighbors are ready. “It's polite to let the other designers install, edit and tweak before you come around for a preview,” says the soft-spoken and considerate Smyth. “You will appreciate the same courtesy.” Indeed, and a flashback to a last minute broken stone coffee table last year at Design on a Dime underscored the point for me, when the last thing I wanted was curious colleagues. 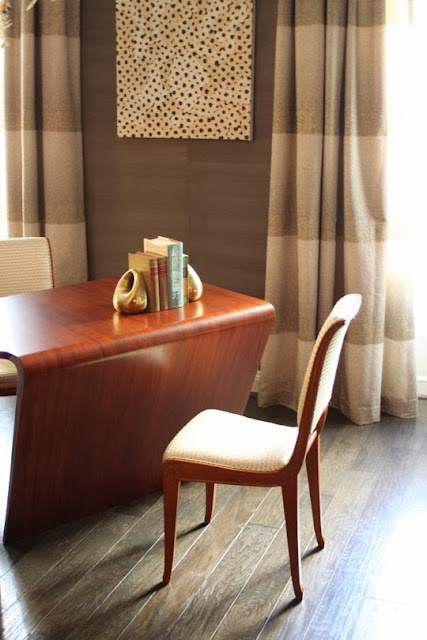 Andreea also says it’s crucial to understand who runs the show(house) on site... those unsung house or event staff that can make or break your installation experience.

Ed also made a great case for finishing as early as possible. That way, you have the opportunity to shoot the space, and create a custom postcard (ah, the wonders of digital photography and printing!), a memory jog for potential clients and press to take with them, featuring the actual room. 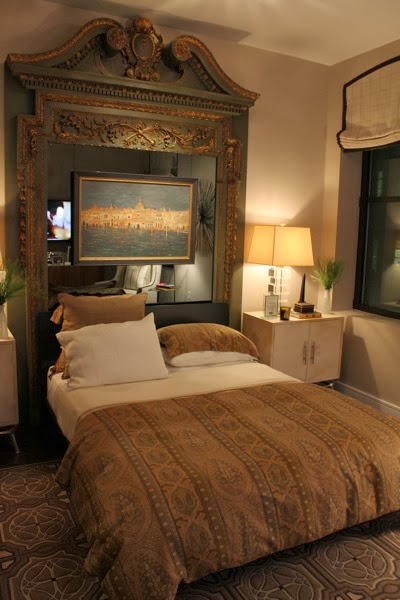 So, you’re all installed, and opening night’s a smashing success. You’re finished! Um, yeah, no. A show house is more than the time commitment required to pull it together, and most agree your responsibilities and opportunities don’t end when the install is complete and the opening night champagne is popped. Ed says, “If you can, be there. Evenings and weekends, especially.” Matthew echoes the sentiment. “After all the work and money you spent you should be there to hear the compliments and maybe meet a new client.” Note he says “maybe.” The jury is out among all the designers about the direct and trackable return on investment the considerable costs of doing a room represent. “Having a face to the room is very reassuring to a potential client,” says Matthew. And it’s also about maintenance. “Keep an eye on the room. Nothing is worse than dead flowers, lighting not turned on, items moved around by curious visitors etc. You never know who is looking at the room when you are not there. Make sure it always looks its best.”

One of the most compelling reasons to be on hand during the run of the house is to, as they say on Sundays, meet the press. “The most valuable part of doing a show house is meeting and gaining access to the various newspaper reporters, bloggers and magazine editors, if not for your current show house room perhaps for future projects and other press opportunities. Build in the time to your calendar and work around it,“ says Matthew, and Christian May concurs: “Showhouses are such great press opportunities.”

But “press” can be a vague promise, with no real guarantees of coverage or ROI. “Is it worth it? Can you get the exposure? It’s really kind of up to you to figure that out,” says Ed. Andreaa echoed that sentiment, adding that bloggers and social media self-promoters doing rooms are perfectly positioned to get the most mileage out of the experience, because they can create their own press, guaranteed. That’s especially crucial in Holiday House, where the over-26 rooms are more than any one media outlet typically covers.

In the end, in that show house battle between theatricality and practicality, the Ed and Etienne vote goes mostly for practicality. "These are functional spaces." “But,” with a trademark gleam and note of showmanship, Etienne notes, “it’s a show house. It’s a show.” 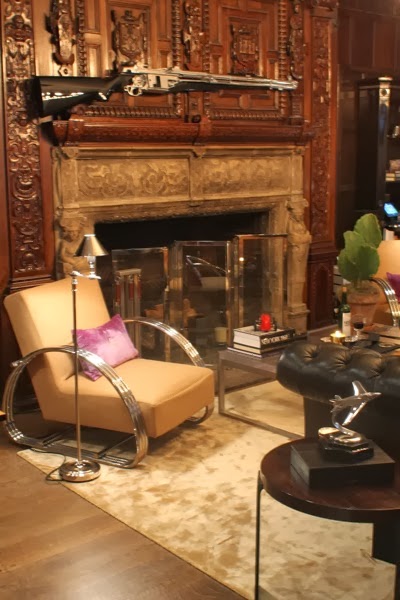 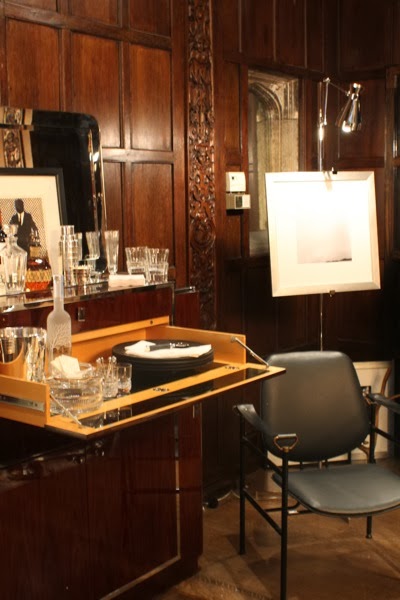 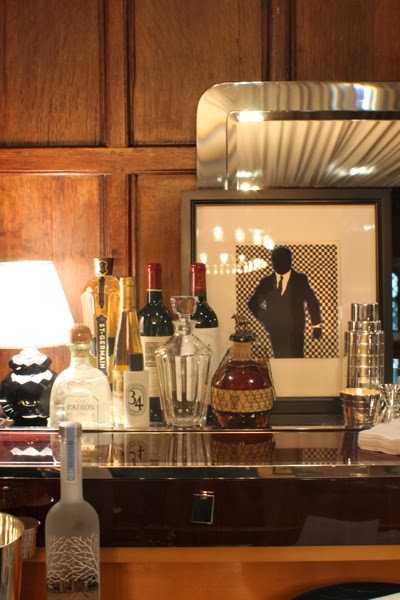 Ally Coulter, the modern-day Rita Hayworth/Ann Margaret amalgam, whose equally sexy “Daddy’s Day” room last year at Holiday House was a space I never wanted to leave (and a room in which Christian Grey would have been most at home), as always boils the moment down to its most festive elements. “Have a bar! Everyone loves a bar!!!”

Holiday House NYC is held in the Academy Mansion, 2 East 63rd Street, New York, NY. The opening night gala is November 20th, 2013, and the house is open to the public daily from November 21 through late December. All proceeds benefit the Breast Cancer Research Foundation.

All photos: Patrick J. Hamilton unless noted.
Posted by patrick (the other one) at Saturday, October 12, 2013