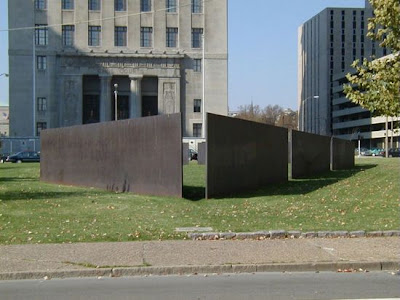 St. Louis interior designer, blogger and all-around dandy Scott Tjaden pulls a local plug in his own addition to the list. He adds the cerebral and (some find) brutal work “Twain” by Richard Serra. Why it works, Scott thinks, is its split personality: Massive and planar, or delicate and linear, dependent on vantage point.

“Although perhaps merely a monumental bronze sculpture to pedestrians (and really disliked my most), the sculpture became something else to me as I viewed it from above (like everyone else working in the skyscrapers), “ says Scott. “Suddenly, it revealed itself as a black drawing of a broken-segmented polygon against the green of the lawn where it sat. I starred at it for quite some time.” 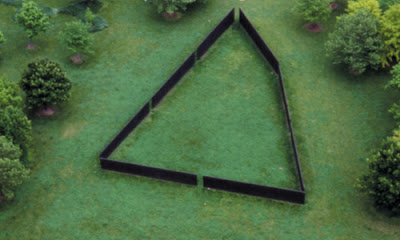 That split personality causes polar opposite opinion among visitor and resident, creating a love/hate debate about the piece. Why is that a good thing? Because Art should have the ability to spark debate, to be fickle, to be two things to two people (even if the crowd-pleasing outnumber the controversial on this list), to fail at first and then to succeed. And sometimes, like in life, it is better to “be” than to “be liked.”

“It's the perfect example on how a public piece of art can change and be reinterpreted depending how it's viewed. At street level, I'm a speck of dust on the paper where this particular drawing is drawn... never realizing its secret,” says Scott.

Like the Vietnam Veterans Memorial, Twain has its fans and its detractors. That tension gives both pieces a reverberating energy. It's also the perfect piece of rough geometry counterpoint to the graceful St. Louis Arch. 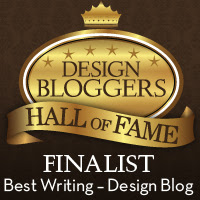