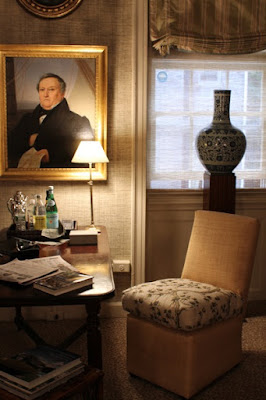 Aaaannd we're back, a little more than halfway-ish through my fantasy round-up of Holiday House rooms past: my highly subjective, totally unscientific, all-in-good-fun choices from the show house's eight-year run at the Academy Mansion, to mark the move to the newest mansions in town, the Sullivan Mansions in SoHo, for this year's 2016 event, opening to the public November 17th.

Catch up on the first batch here, and read a little bit about my self-imposed criteria on the otherwise impossible task of picking favorites from the always-stellar spaces by some of design's biggest names. Let's head upstairs, shall we? 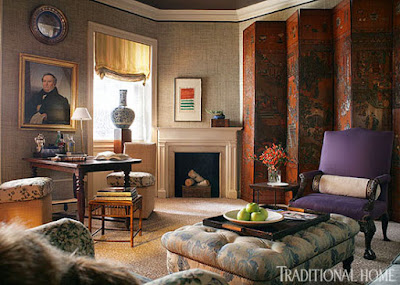 Presidents' Day, Donald Schermerhorn
It’s hard to think “Presidents' Day” might hold enough style inspiration around which to build a room, but Donald Schermerhorn did just that, with a deft hand and deliciously dry wit, while making a gorgeous, cozy, "refreshed Federal" room in the process. His perspective? The sitting room of the presidential runner-up on the morning after, inspired by a slightly dour portrait Donald pulled in as the room’s manly muse. And if you’ve been paying attention, you know I’m a mega-fan of the power of portraiture in any space. 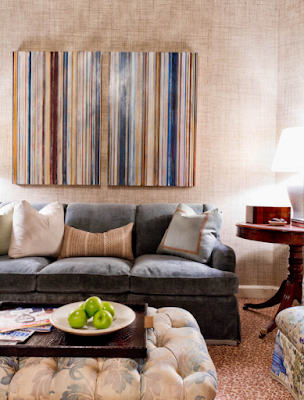 This room was harder to call than the election count in Florida, because squarely in the mix, and right on the heels of Donald are two of my very favorite gents in the business: Darrin Varden, Winter Solstice (That art!), and Louis Navarette, Mischief Night (That chandelier!) both choosing the moodiest blues to conjure up two rooms that could NOT have been more different, proving that color itself is the ultimate chameleon. Irwin Feld (of CF Modern) also had a great “Snow Day” take on this very same room. 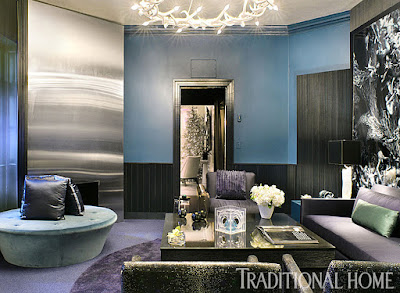 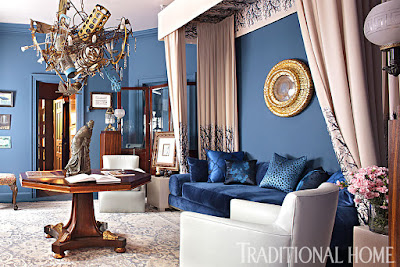 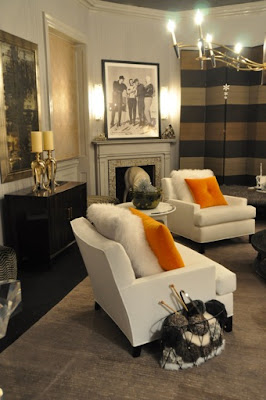 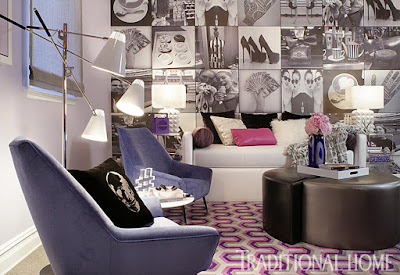 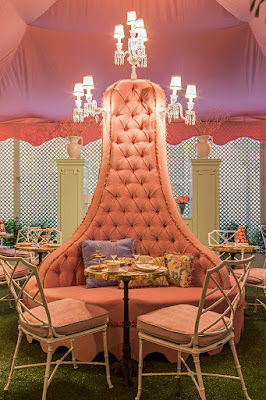 Chez Marie Café, Guillaume Gentet
He frosted up a delectable— and highly functional— center courtyard space. But the icing on the gateau, and the reason Guillaume Gentet makes the list isn’t for a holiday, or how he used macaron-inspired color and that frothy, gorgeous, sky-reaching upholstered concoction beneath a signature-pink tent to evoke a sweets shop fit for Gigi (but inspired by Marie Antoinette)... but it was how he and then-fiancé/now husband David used the space: they got married in it, a Holiday House first. What can I say? I’ll happily bend the rules for two handsome men in impeccably tailored suits. Photo: Marco Ricca. 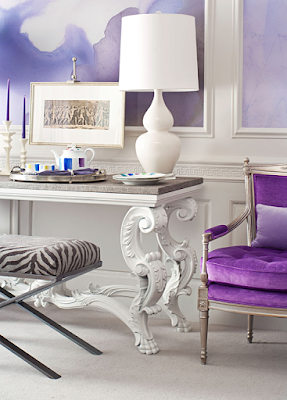