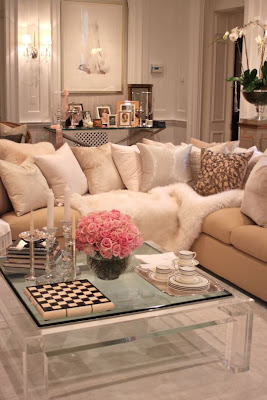 Several designers took slightly more traditional takes on their holidays at Holiday House 2011 (well, more traditional than Avram Rusu and James Rixner), but managed to make the picture fresh and inspired. Ally Coulter Designs' “Mother’s Day” room was as feminine as the inspiration day demanded, but Zsa-Zsa-voomed and Hollywood glammed. 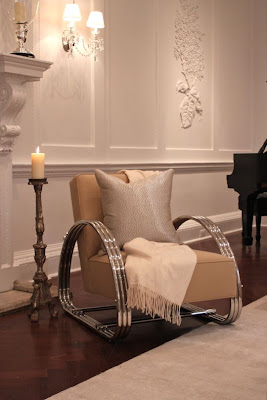 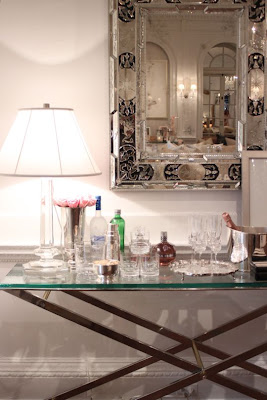 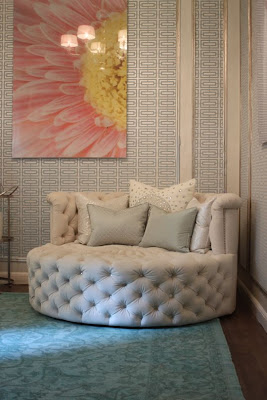 Turquoise-eyed Jennifer Duneier of Duneier Designs interpreted Easter as a Spring-sweet lady’s retreat (with ensuite bath) that also kept the sugar levels low, thanks to a limited palette, glass-beaded geometric wallpaper (in a pale turquoise, just like those eyes!), and spare furnishing. But what the pieces lacked in number, they made up for in curve, detail and character. 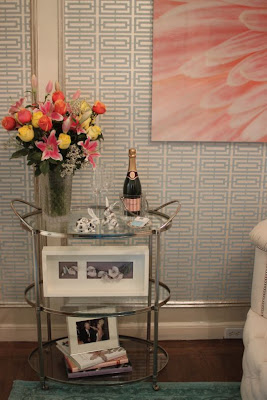 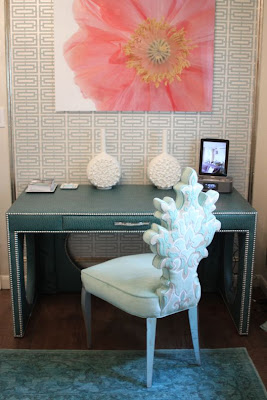 A tufted round upholstered piece and desk chair were heady confection, while modern botanical photography added contemporary snap and made the room more “The Women” than Girlie Show. 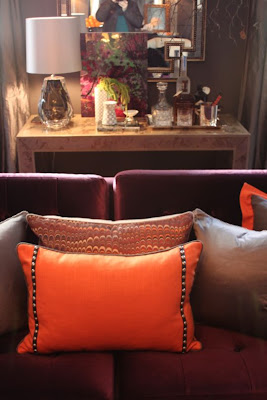 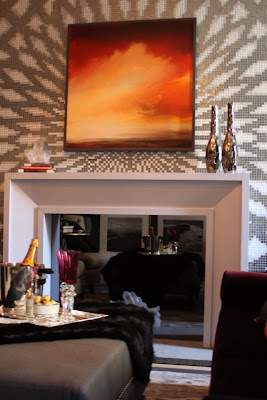 Suzanne Eason Interiors spun a haunting and haute yarn with her “Dark and Stormy: A Cautionary Tale of Halloween.” All the motifs of Halloween were here, but in a room that was totally bewitching any day of the year. It maintained a luxurious feel and buoyant sense of humor even through its macabre veil of bare branches and shadowy corners. In a tell-tale moment of context dictating interpretation, the normally abstract patterns of the woven Ikat rug formed distinct skulls, fashionable apparitions in this Halloween fun house. 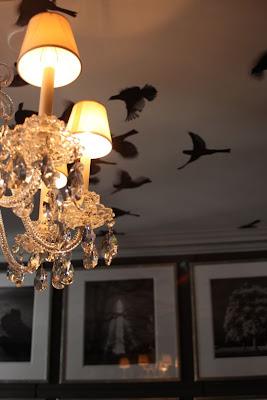 A clean-lined fireplace surround, tile mosaic wall, and bright orange (another color seen on several floors) painting created an unexpected and fresh backdrop for aubergine velvet sofas, traditional crystal chandelier, deep color and a grid of black and white photos. And Poe’s “The Raven” met Hitchcock’s “The Birds” in a Trove wallcovering used to great, spooky and room-expanding effect on the ceiling. 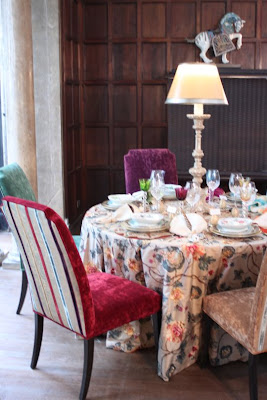 Felicia Robin Zwebner, of Felicia Zwebner Design had the toughest tough act to follow for me, since this same room in a past year’s Holiday House was perhaps my very favorite showhouse room of all time. In that past version (a design of this-year's host Charles Pavarini), also a Thanksgiving theme, a room-stretching table matched the space’s proportions and the contents held fast against the room itself, with its Biltmore-scaled fireplace and barrel-vaulted ceiling. This year, the room was zoned into two dining areas flanking central seating which bracketed the grand hearth. 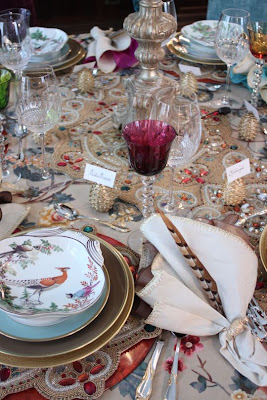 But the story here, this year, was all about the table-top… jewel-toned (and encrusted), hunt-inspired, pheasant-feathered, and regally layered. Surrounding these two tables, an equally layered assortment of upholstery fabrics on delightfully mismatched chairs. 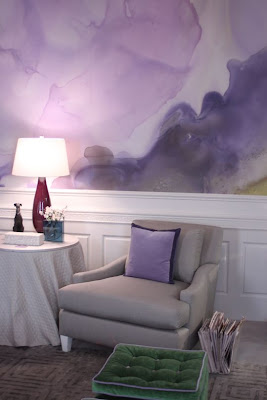 Eileen Kathryn Boyd was chosen by Ann Maine of Traditional Home, and delivered “Sunday Repose” … all the joys of a leisurely Sunday morning. The traditional paneled room was wrapped in a custom-printed lavender (removable!) wallcovering by Black Crow Studios, making the entire space a violet hued, water-colored idyll to idle. That grand gesture was countered by largely traditional, quiet furnishings (if emerald green tufted cubes can be considered quiet!) and a minimal and feminine touch. 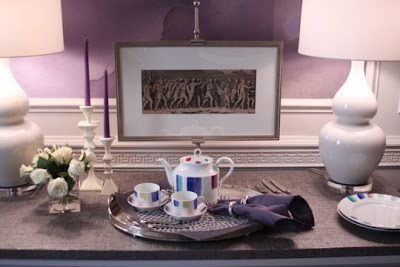